One common complaint I hear from GMs is the burden of having to collect a ton of various minis in order to represent characters and monsters on the table. Reasonably, it can be a bit of a pain, what with painted minis from WizKids only being available in randomized boxes. You can by them individually, but then you may be looking for upwards to 5-10 for a mini or even more if it’s a rare one. It’s true, many GMs actually enjoy the hunt for minis and building a solid collection, but for every one of those people there are one or more that either a) don’t have the means or b) don’t have the desire to through down $50 on a beholder just to move their campaign along. So real quick, let’s talk what options you have as a GM for physical representation on your board.

One thing to remember is that everyone is going to have their own opinions and preference as to which miniature style works best for them. By no means am I touting any one option as better than others, far from it. Like many things in this hobby, it really boils down to what works best for both the GM and the Players. My goal her is to just shed light on some other alternatives for tabletop representation. 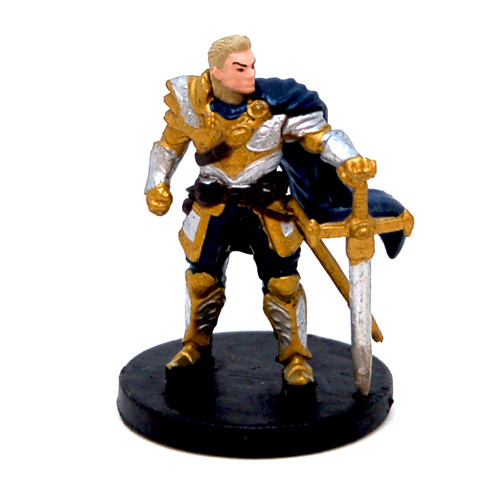 Pretty much the industry standard for minis, these come in boxes of 4 randomized minis. They are pre-painted, which is nice for people who need their miniatures ready to use, but different sets have varying levels of quality when it comes to the paint job. Also, being that the boxes are randomized, they have rarity levels for the different miniatures available, meaning that beholder you just absolutely need may never come from one of the boxes without buying a hefty amount, and even then there’s only a chance you’ll get what you’re looking for. You can buy them in singles from various sources, namely eBay or websites like this one, but depending on the specific miniature, they can get fairly pricey, up into the $50+ range for one mini. Single miniatures sold as seen above, just grey plastic waiting to be painted. Reaper Bones, Nolzur’s and Deep Cuts are the notable examples of these minis. Unpainted miniatures are incredibly affordable, with Reaper selling normal-sized characters for about $2 a pop and Nolzur’s/Deep Cuts selling two per package for $5. For some, the need to take time and actually paint something might be a hassle, but it does provide ample customization, meaning you can truly make that miniature look like that character. There are painting tutorials online for those who need them, and honestly miniature painting is an excellent, incredibly zen hobby. I’ve heard people who complain that they just don’t have the space to set up a painting station. Really you need three main things: A small foldable table, a storage box for the paint and work in progress minis (I recommend a tackle box), and a small lamp. With these three things you have an easily set up, easily taken down painting station you can place anywhere in your home and break out while you binge whatever show Netflix is pitching these days. 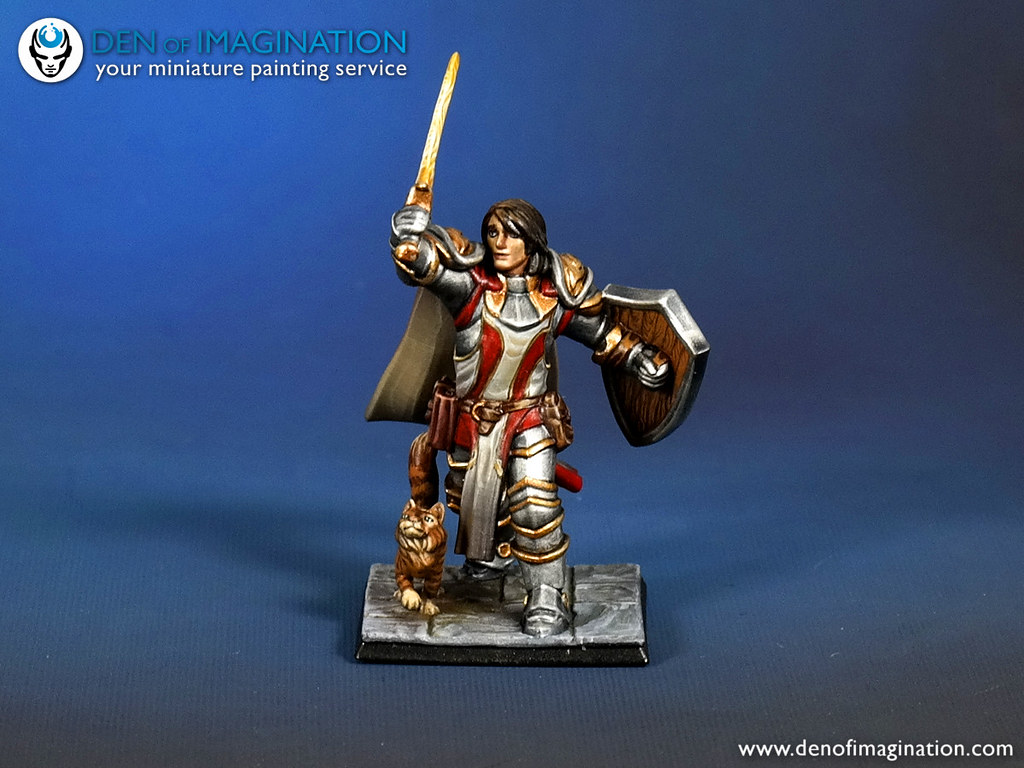 Specifically, I am referring to commissioning a person or company to create a miniature from scratch. The only company I’m aware of that does this process is Hero Forge, which has some really cool customization options, from an array of pose and appearance options to different materials. Price wise, they’re not super cheap per miniature, starting at $20, but the ability to produce your vision of your character is an awesome experience. Definitely not a source for random NPC minis, but a cool option for important characters.

This is honestly my miniature of choice. Paizo makes boxes of these for Pathfinder/Starfinder and they are glorious. Essentially, they come in sheets of cardboard punch-out characters that you place on removeable bases. They are sized appropriately and feature awesome Pathfinder art. Now, they are Pathfinder or Starfinder specific, and while there is some cross-over with other games, there might be some different names for creatures or whatnot. However, most of the PC/NPC pawns have somewhat generic names and don’t get too incredibly specific on what race the person is. The benefit to pawns is that you get a TON with each set. The boxes cost $40 and come with over 300 miniatures, putting the individual price at around 10 cents a mini. Granted, they can’t be bought individually, and $40 may be a big commitment for a lot of people. Also, you may need multiple boxes to get specific minis you need, so that cranks up the price. 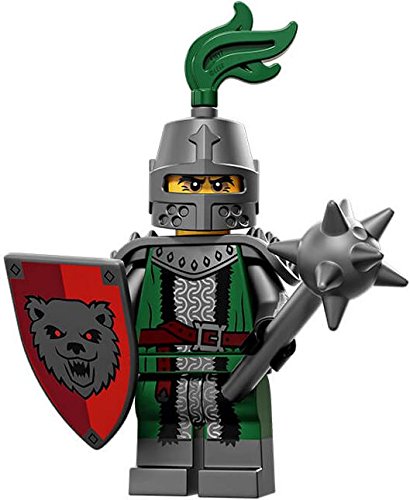 This is actually the other format I use pretty frequently. Lego figures are actually sized remarkably well and obviously give you customization options with all the interchangeable parts. I personally feel like they’re better used in a less gridded RPG, like the Star Wars RPGs or other narrative focused systems. However, I have used minifigs in Pathfinder before, and it worked out quite well. The tough part here is that these bad boys are TOUGH to get a hold of in bulk without dropping a pretty penny, so this is more an idea for someone who already has access to them, either through their own collection or through a friend. Granted, if you did want to buy up a handful of Lego sets to get the minifigs, then you have a handful of cool Lego sets to build, so that’s nice. 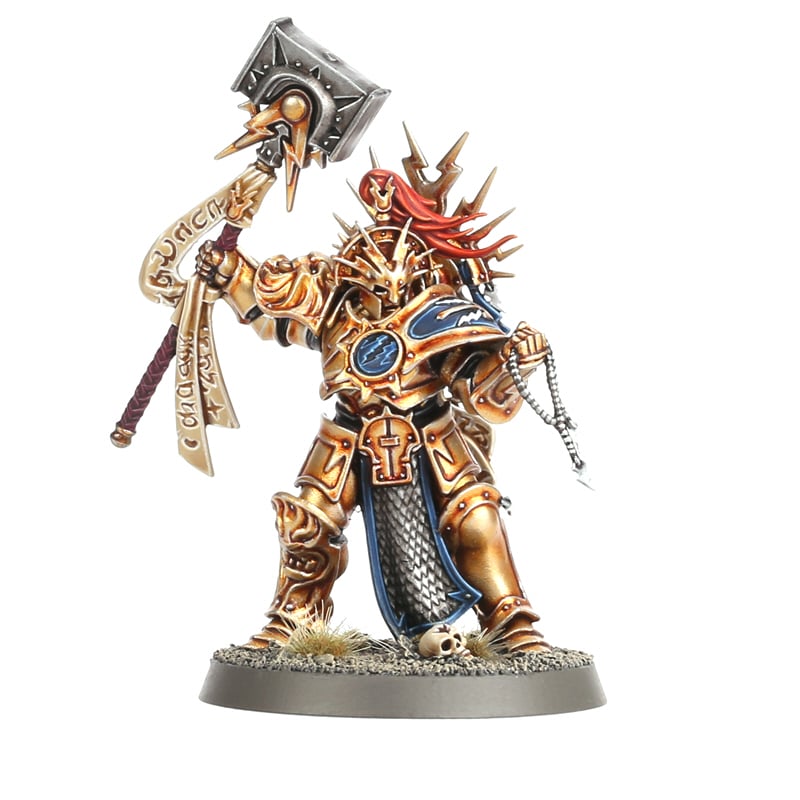 Let’s face facts: Games Workshop is putting out some of the most beautifully molded miniatures on the market. Their ability to retain intricate details on their models is insane and they have some CRAZY cool looking figures. Now, they obviously have a very specific aesthetic, specifically a very dark and edgy one. However, if you’re playing a particularly Edge-Lord type character, this might be a good option. Obviously, price is a factor here, as Warhammer is notorious in the gaming community for its cost. These figures typically come in boxes with a full squad, with the exception of HQ characters, and even then you’re probably looking at around $30 to get that mini you want. Cool thing is, if you get a box with a squad, you could always just assemble each mini to be the same character in different poses, so it’s not like an entire waste of the remaining sprus. 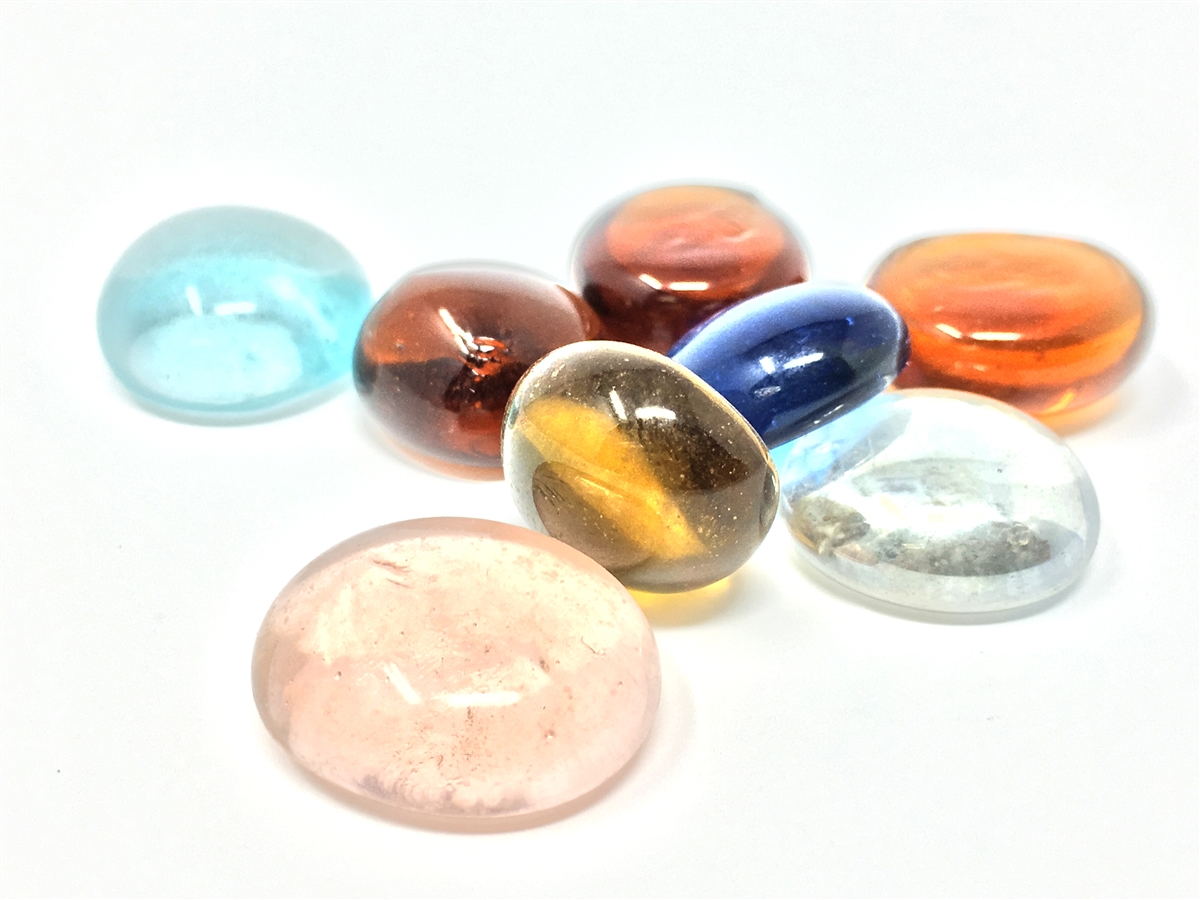 Okay, so we’re getting into the more unorthodox side of things here. While it isn’t the most immersive, not everybody requires that to enjoy a game. For those unfamiliar, Mancala stones are also called Glass Gems and are colorful glass bubbles with a flat bottom, which makes them great for not rolling around while in place. You could potentially also use large beads, but if they’re a complete sphere they may roll out of place on the table, which is why I’m focused more on the gems. Anyway, Mancala stones or glass beads are CHEAP and can be bought in large packs of 50 or more for around 10 cents a stone, or possibly less depending on where you find them. They come in an insane variety of colors and patterns to represent all different kinds of NPCs. I have talked to many GMs who use these to represent NPCs that tend to be in large groups, a la bandits, Goblins, swarming animals, etc. While they definitely can be immersion crushing for the more visual player, they are a cheap alternative for the frugal GM that doesn’t want to buy 20 pirate miniatures for one encounter.

Sometimes a group doesn’t live all in one city. Sometimes people just have scheduling issues. Admittedly, it’s often tough working gaming into the tangle of adult life, and this is where sites like Roll20 come in handy. Getting a paid account gives you access to tons of items with which you can customize your campaign. Create extensive maps of detailed terrain, utilize custom character tokens, have access to various effects, etc. All the rolling can happen inside the program as all the gameplay happens right before the players’ eyes. While this is one of the more common uses for a computer in roleplaying, there’s a rising trend of people building or buying custom gaming tables with a monitor in the center, wherein they are able to load up a digital battlemat. Getting to that point is definitely not cheap, but is a very cool and high-tech thing to aspire to.

The future is here folks! 3D printers have become much more affordable and are now being found in people’s homes for various purposes. One such purpose is printing out detailed and custom miniatures. Decent 3D printers can now be found under $1,000, with better options available for just above that price point. Granted, it’s a commitment, but for the incredibly avid GM it is definitely worth the investment. The plastic for the printer, called “filament,” comes in spools for around $20, which I’ve heard one spool prints a decent amount of minis. Honestly, I have NO personal experience with 3D printing and I know very little about it, but I have talked to a handful of GMs that have taken the plunge and been happy. However, these are guys who GM a LOT, like 3-5 games a week. So, their needs are definitely on the higher end.

Alright, put down the pitchforks and hear me out. While this option would definitely be tough in a game like Pathfinder or D&D that have specific speed numbers and attacks of opportunity and whatnot, it is not IMPOSSIBLE in this systems and is actually HIGHLY possible in many others. This would need to be something the entire group was comfortable with and would probably be for a more casual group, but ultimately these games boil down to one thing: they’re games we run predominantly with our imaginations. If everyone things they’d rather have a more narrative, imagination focused session, then eschew the miniatures all together. Hell, get rid of the table and everyone grab a spot on the couch, or go play outside, or grab a spot at a bar. As long as you have a compelling story and a group of friends to share your time with, everything else is just supplementary.

So, there ya go. These are my suggestions for different types of miniatures you can use in whatever games you’re running. Now, I’m sure there are plenty of other options out there, so always keep exploring new avenues. Let me know if I didn’t mention a method you use in your games.

One thought on “Roll Call: Miniatures”